Since 2004 it has been my joy to officiate at more than 1000 wedding ceremonies… each a unique, personalized creation… mostly in the Charlottesville area but occasionally in other parts of the Commonwealth of Virginia and Washington DC. Each individual brings unique life experiences and each couple has a distinctive story of their own… finding the best ways to reflect that in their ceremony is a wonderful creative challenge. Helping couples celebrate their love and honor the people and things that are most important to them and their families in their wedding ceremony is a fascinating process…  And sharing in their wedding day is always an honor.  I have the best job anywhere!

INQUIRE ABOUT YOUR DATE

In addition to my work as a Wedding Officiant, I also offer lovely small wedding and elopement packages through my Weekday Wedding Company and am a co-founder of the Community of Charlottesville Wedding & Event Professionals, our local association of wedding & event professionals.

A little background... having grown up in an interfaith (Christian and Jewish) but non-observant family in New York City I was free to explore every cultural and faith community I could find: Episcopal; Catholic; Hindu; Jewish; Buddhist; Quaker, and many more! I first became involved in a faith community at age 13 at one of the oldest Quaker meetings in the country. It was there that I took my very first Yoga class which eventually led me to Integral Yoga: a synthesis of many of the world's great faith traditions, emphasizing that "Truth is One, Paths are Many."

I received my undergraduate degree in 1981 in Cultural Anthropology and Religious Studies at UC Santa Barbara, and although I loved my studies, found that I was more attracted to a more heart-centered, practical approach than an academic one.

In 2004 I completed my studies at One Spirit Interfaith Seminary, a 2-year program in New York City, leading to ordination as an Interfaith Minister. Seminary curriculum provided a firm knowledge base in ancient and contemporary faith traditions and spiritual paths and their practices as well as ongoing experience of practical ministry. Through a workshop elective during Seminary I discovered the wonderful world of creating beautiful, heartfelt wedding ceremonies for couples from varied backgrounds and that set me on the path of doing the wonderful work I do now.

I have also trained and worked as a Chaplain at the University of Virginia Health Sciences Center and over the last 10 years have had the opp;ortunity to travel to South India, the Amazon and the Arctic as well as California, Arizona and Kansas..

I  have a wonderful son, Justin, and daughter-in-law (Jayang) who bring me so much happiness... and will make me a grandmother in 2019! I make my home in beautiful Charlottesville, VA. 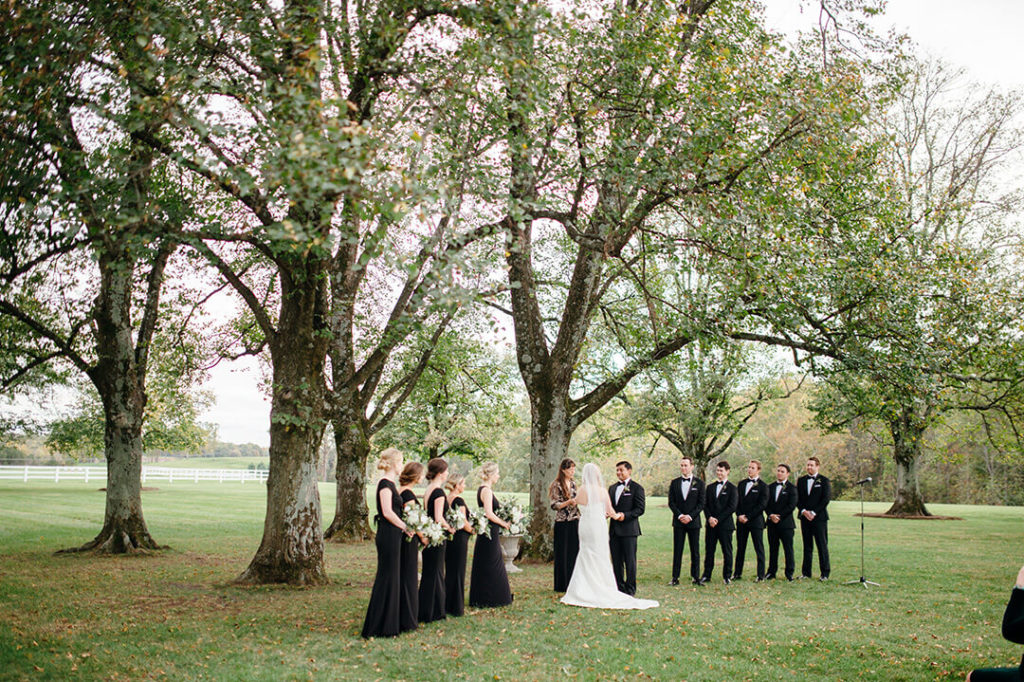 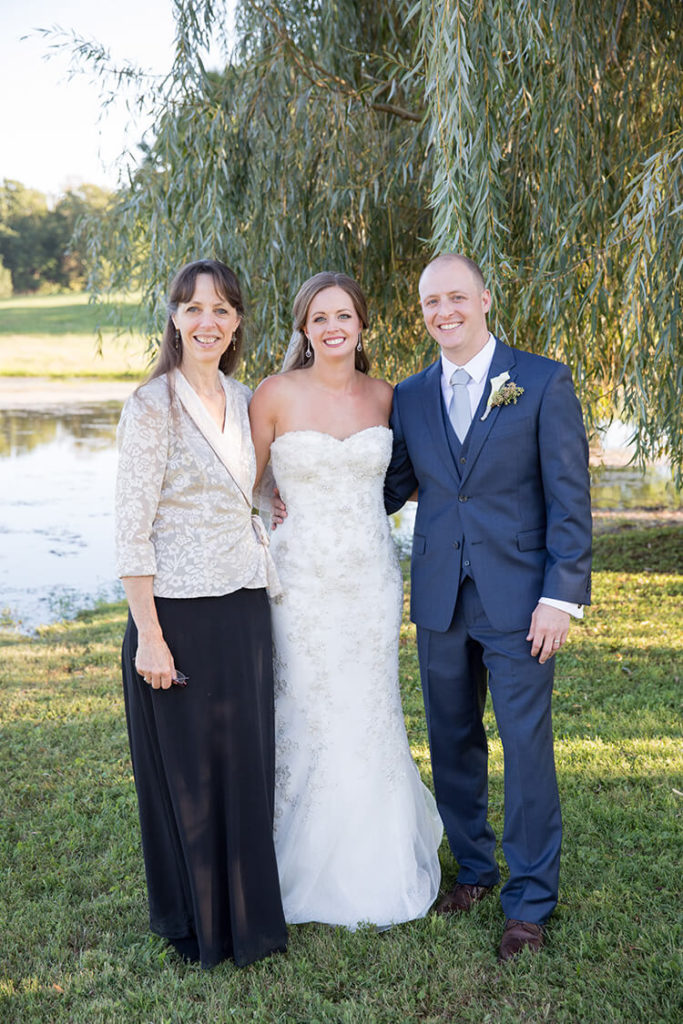 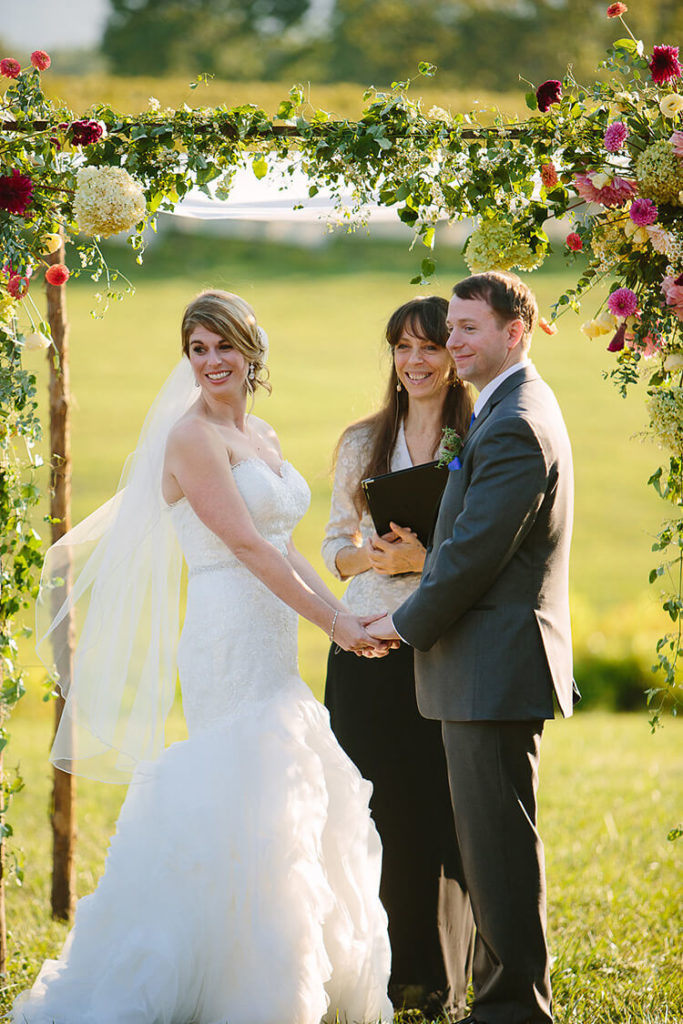 Sarah & Chris by Will Walker 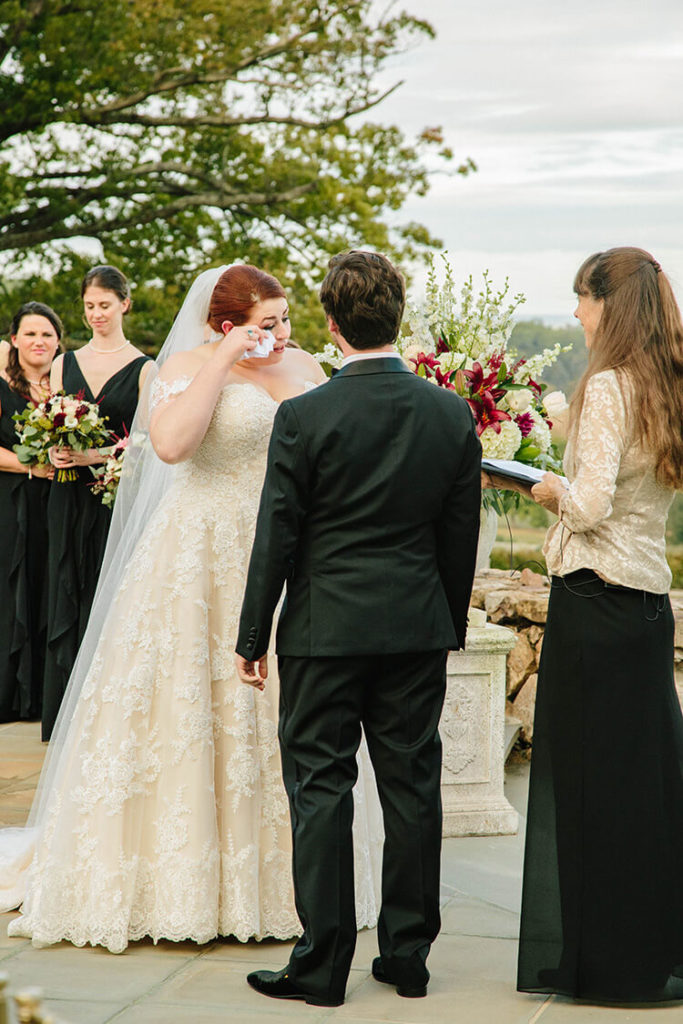 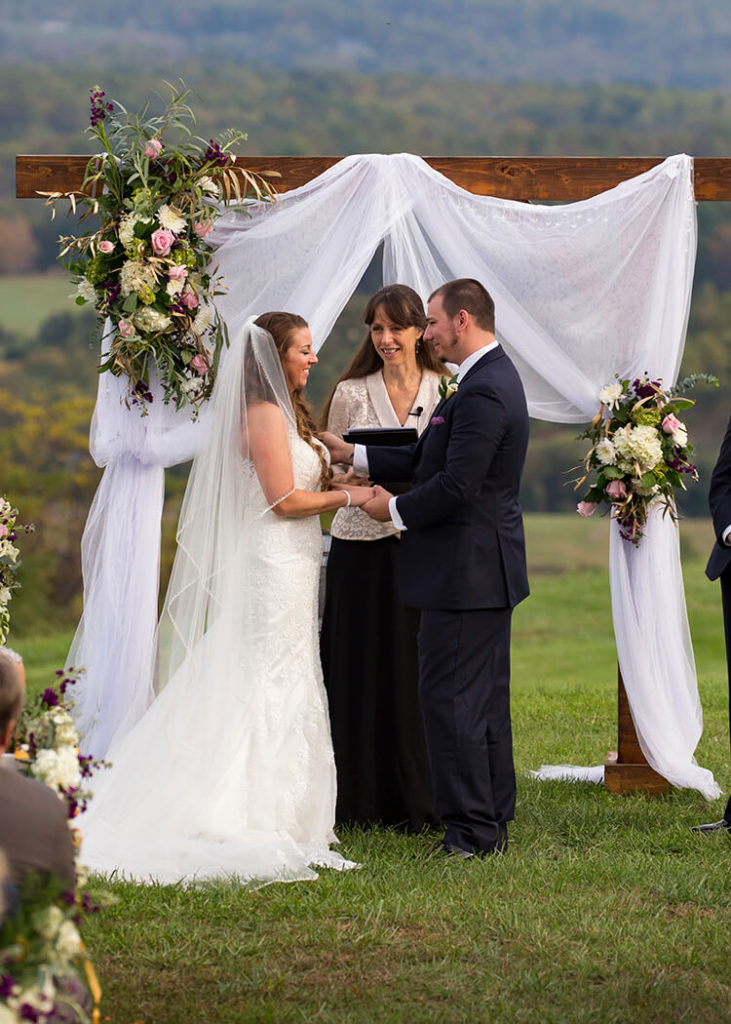 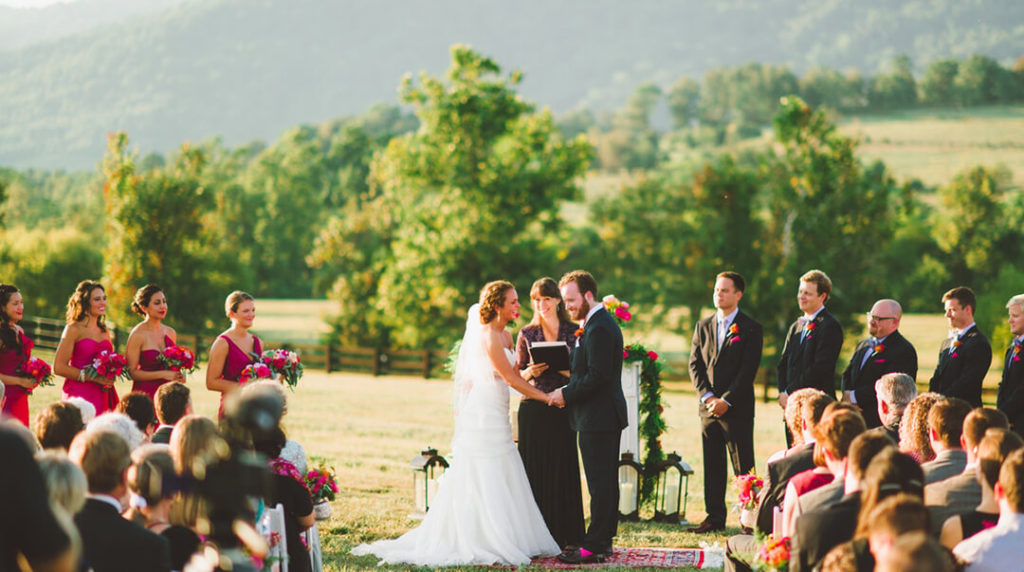 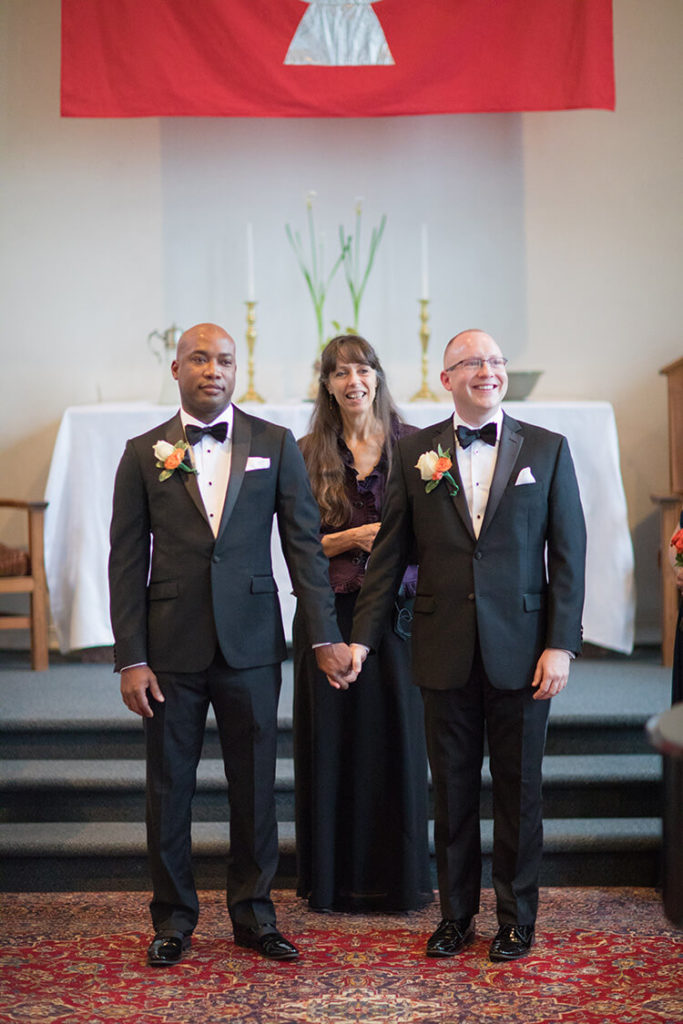 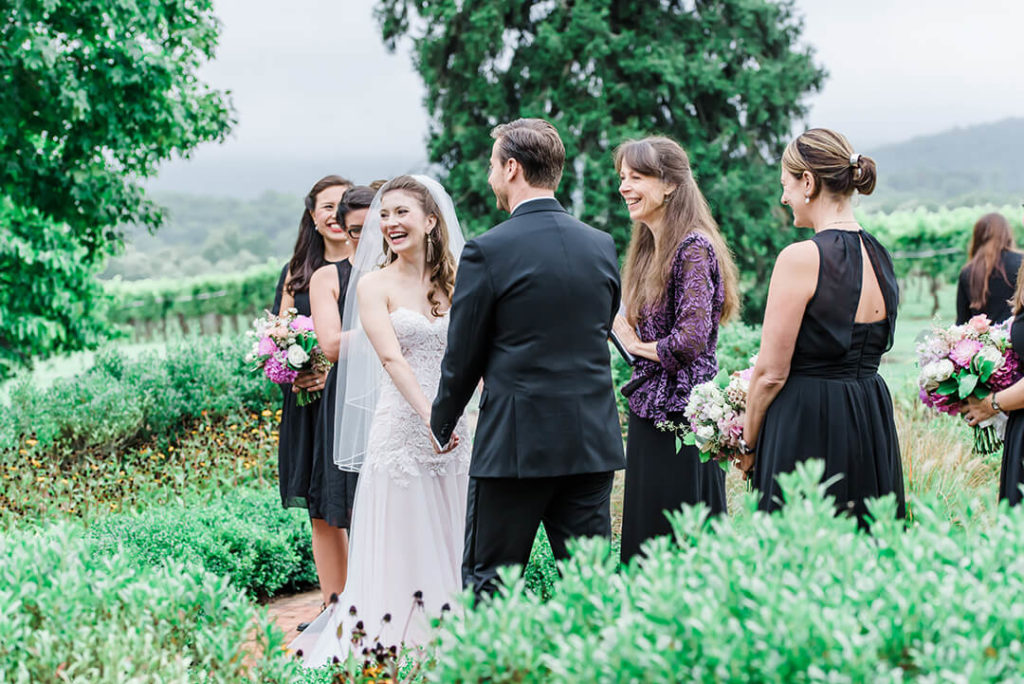 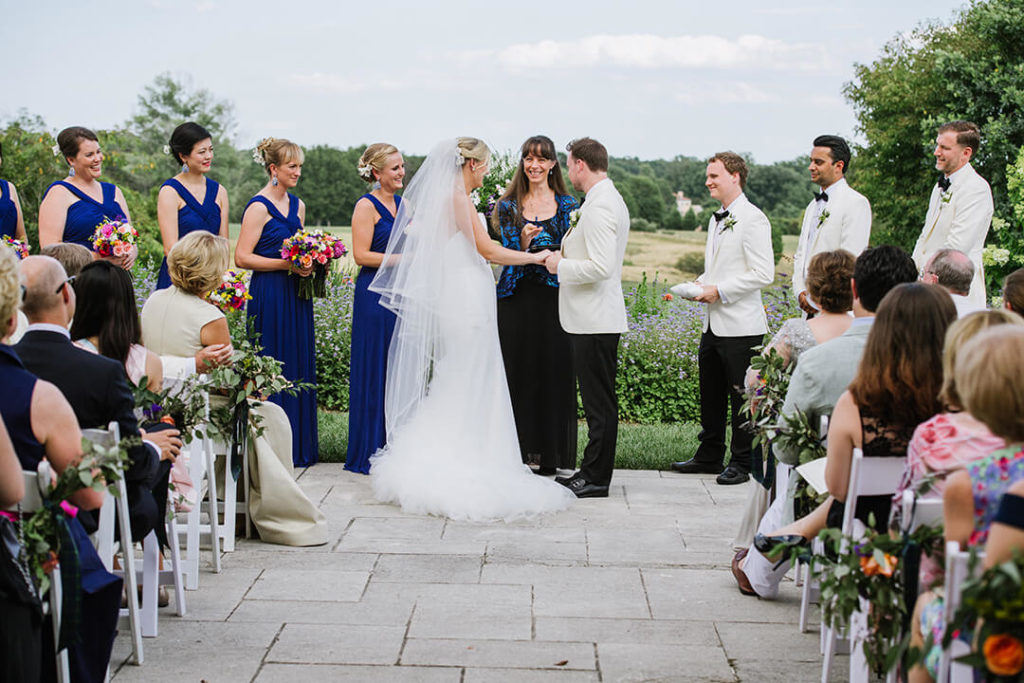 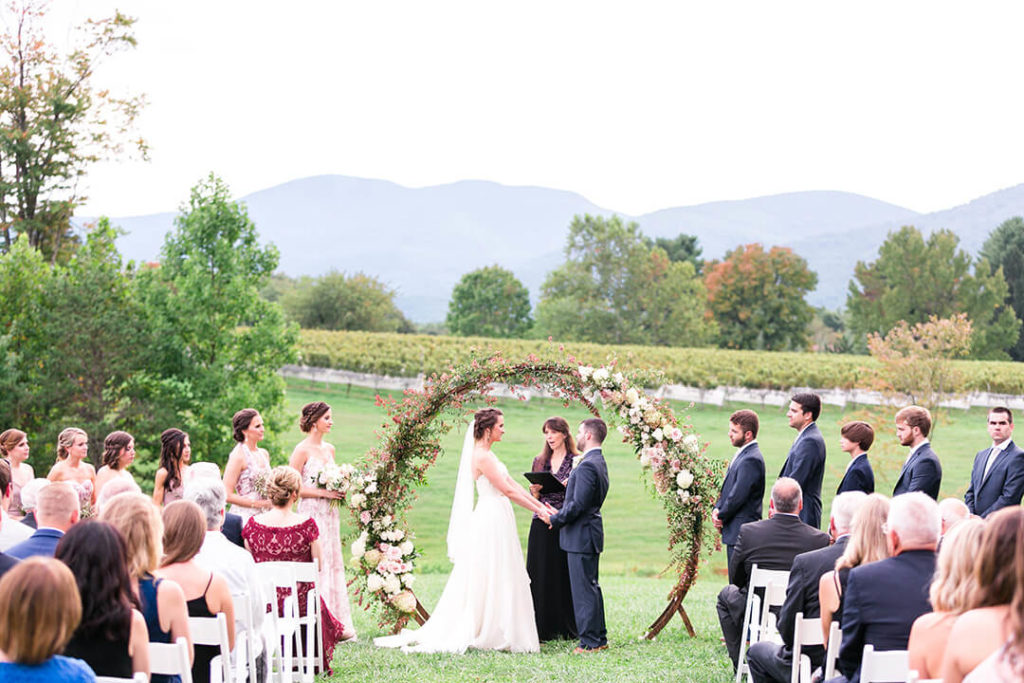 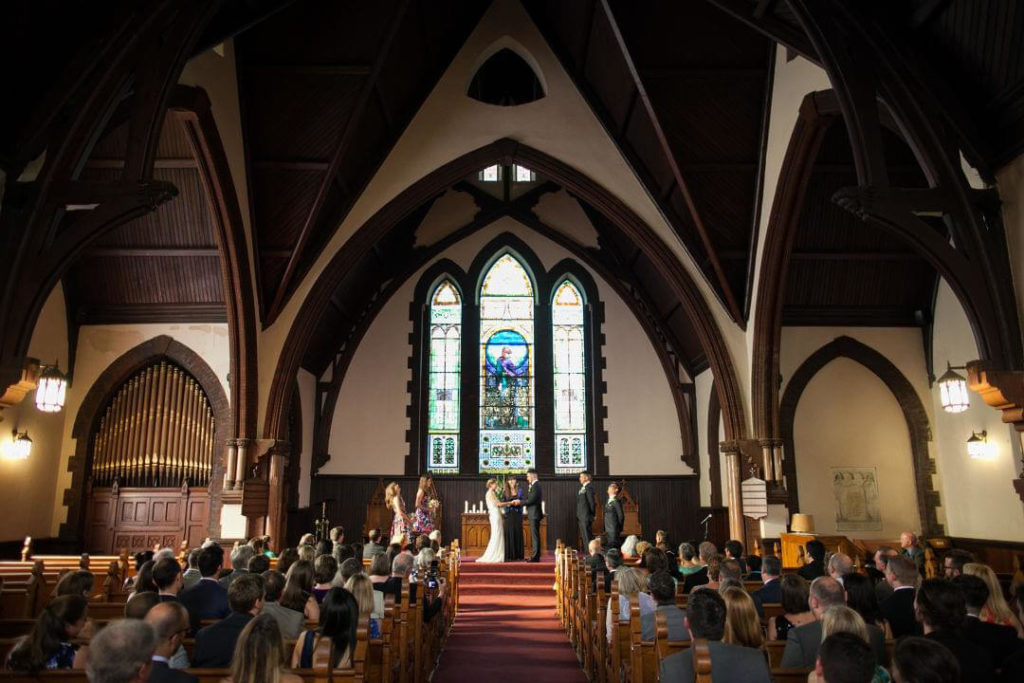 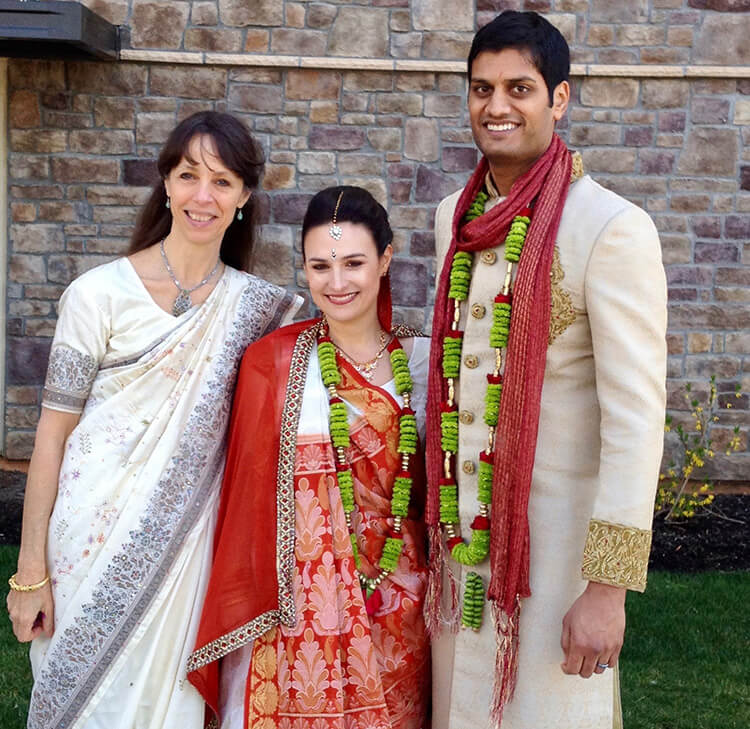 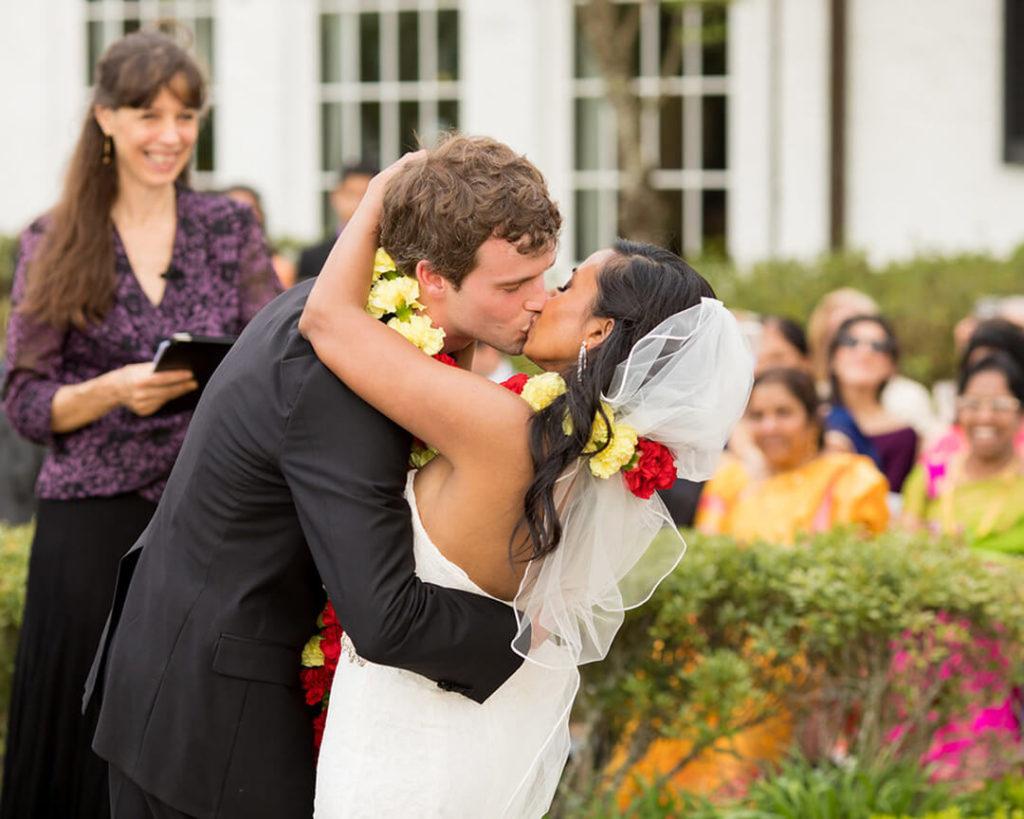 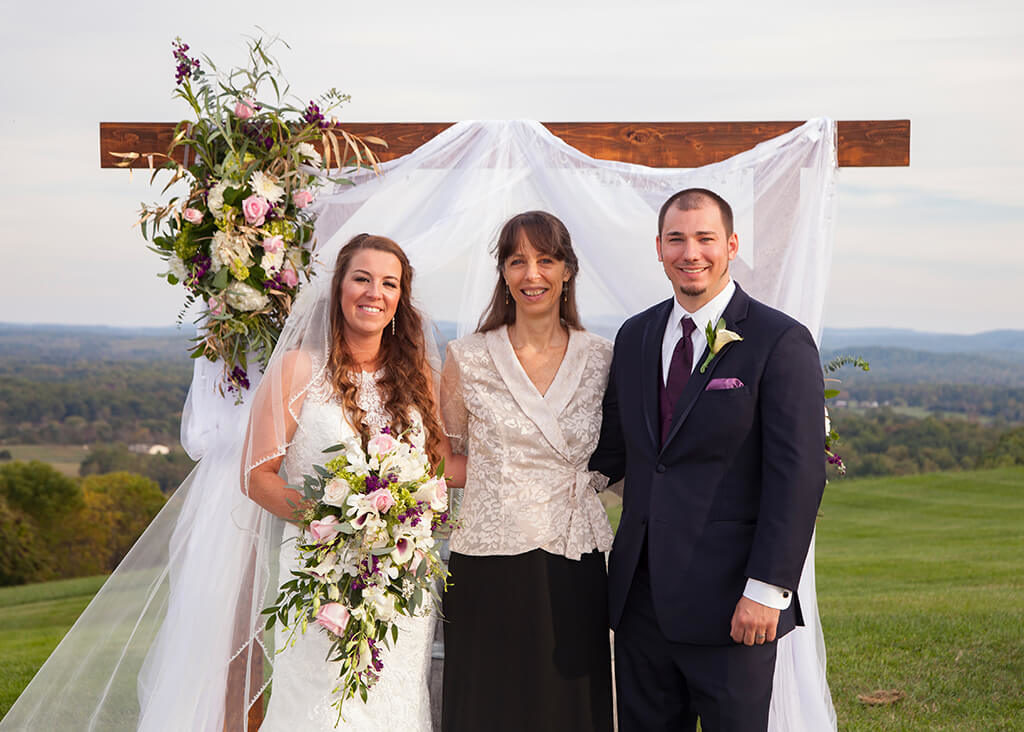 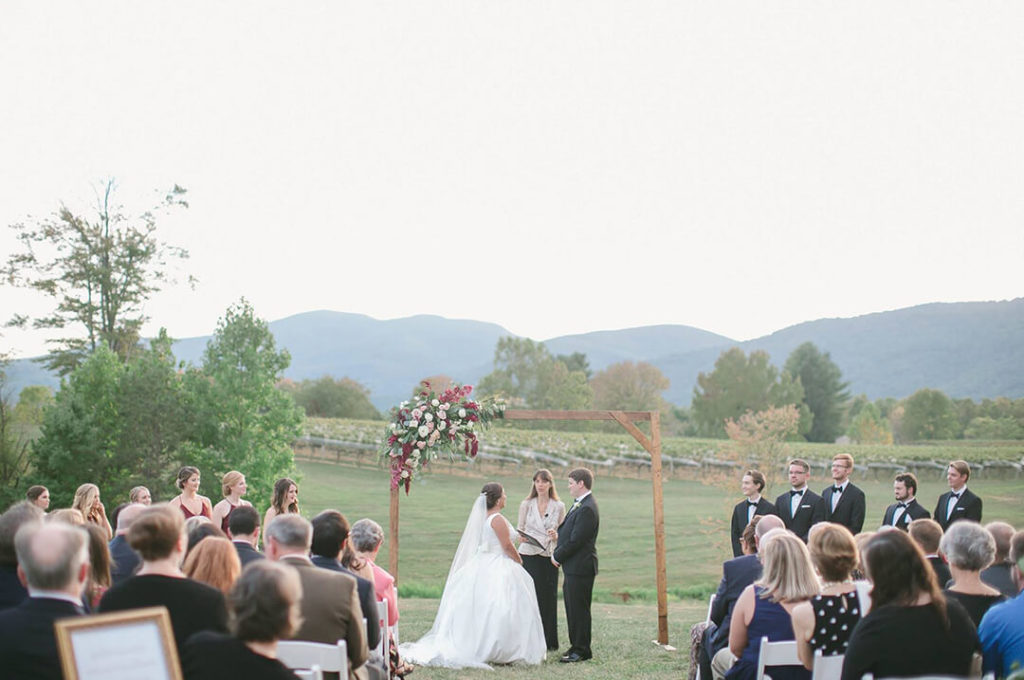 Jenny & Chase by We Are the Mitchells 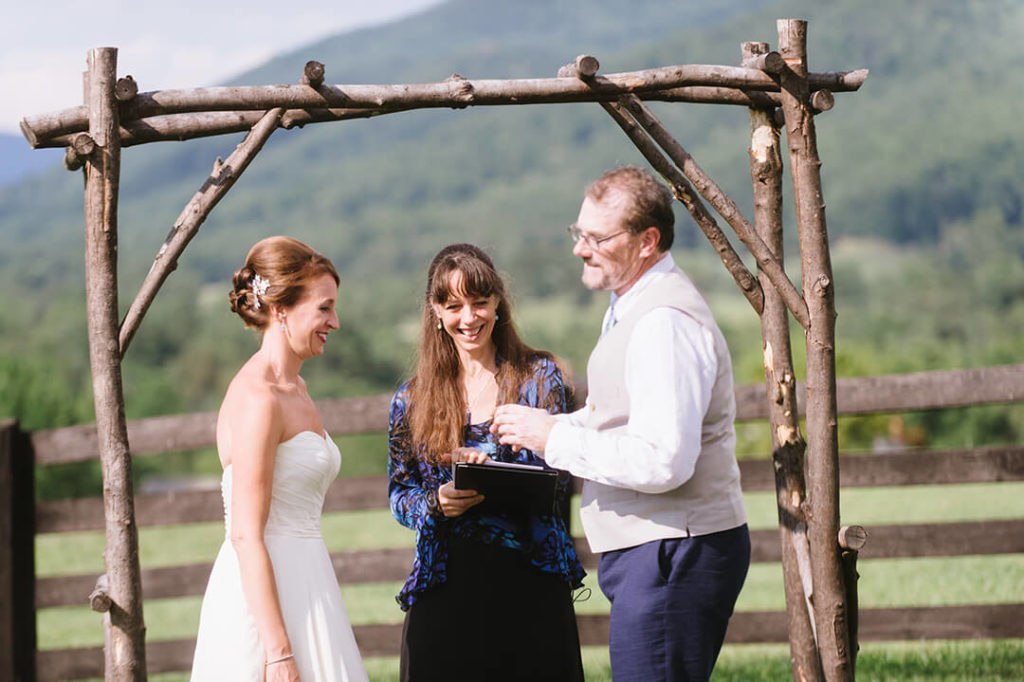 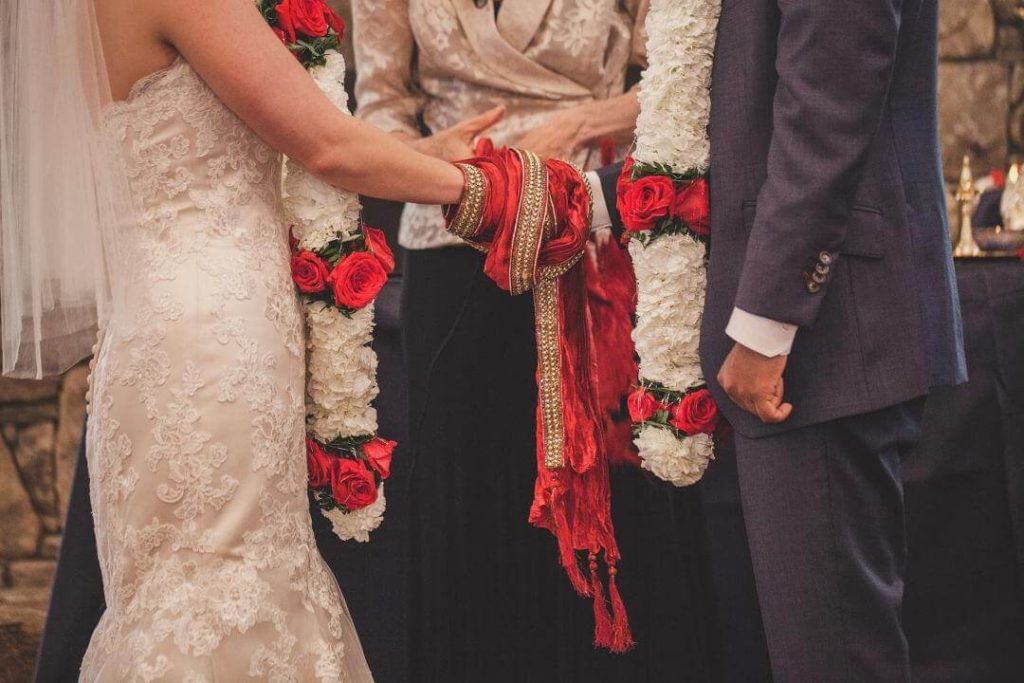 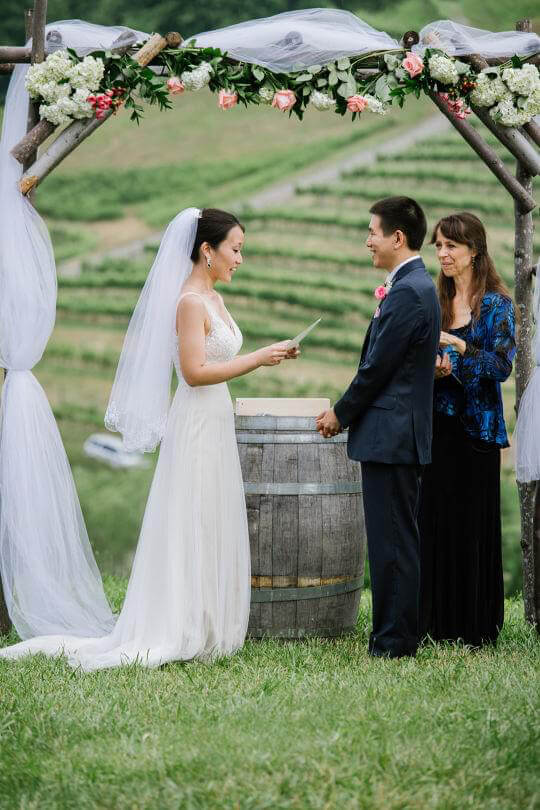 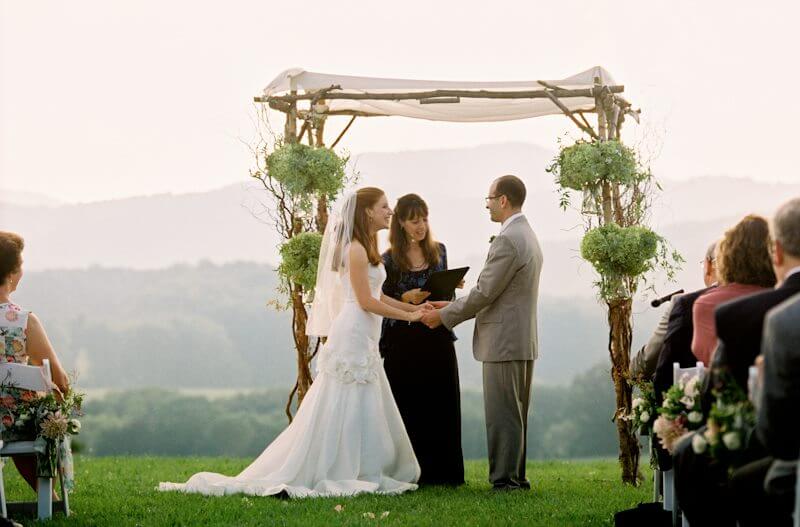 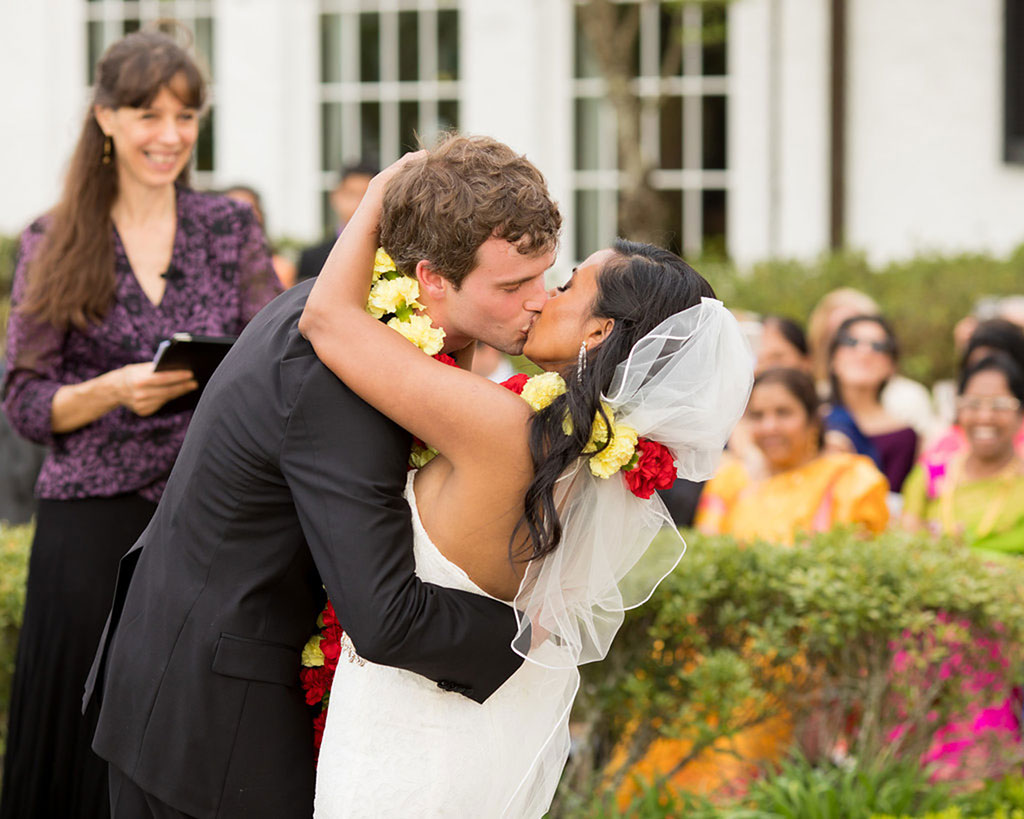 Claire Frances from Sacred Ground Ceremonies was absolutely wonderful. She is so friendly, well spoken and easy to work with. Our ceremony was exactly what we wanted and Claire was really able to capture our personalities and the love we share.